Productivity: Why Less is Sometimes More 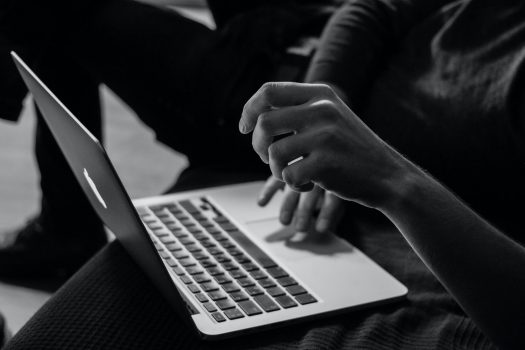 In Ancient Chinese philosophy, the yin-yang symbol represents the concept of duality; the idea that opposing forces, together, form a whole. The classic example is, of course, day and night; the sun rises in the morning only to fall again in the evening. This cycle allows nature to maintain its overall balance and continue at its optimal rate.

The modern-day self-help world is obsessed with one word: efficiency. What can we do to get more out of our day? How can we be more productive, wasting less time and getting results quicker?

It’s a line of thinking that now pervades our culture. We strive to turn ‘dead time’ into ‘productive time’, ignoring the crucial interplay between the two. The idea of work without rest has become glorified, but does it really equate to improved efficiency? And if not, what should we change in our approach?

The problem is twofold. On the one hand, we often overtax ourselves as a result of our high expectations. But we’re also constantly overstimulated in our new-found digital world. Linda Stone, ex-Apple and Microsoft consultant, coined the phrase ‘continuous partial attention’ – the idea that, through technology, we exist in a constant state of alertness yet never grant anything our full attention.

Like the economy, our productivity naturally fluctuates between periods of high and low. The issue is that we often try to override this natural rhythm; chasing higher peaks but, as a result, also arriving in lower troughs. What’s worse is that these points tend to then coincide with how we feel about ourselves.

If we wish to work harder in any endeavour, we must allow for greater rest as the balancing act – surely there’s a reason LeBron James sleeps for 12 hours a night; in the same way, there must be a reason Nico Rosberg decided to radically simplify his life on the road to becoming the Formula One World Champion. Ultimately, doing more sometimes means doing less. But what does doing less really mean? How can we benefit from this philosophy?

There’s a fine line between being ambitious and being impatient. In his book, The Fifth Discipline, MIT professor Peter Senge, explains that “virtually all natural systems, from ecosystems to animals to organizations, have intrinsically optimal rates of growth. The optimal rate is far less than the fastest possible growth.”

The issue is simply that going ‘too quick’ isn’t sustainable in the long term. It may be, if we can keep it up. But, more often than not, we don’t. At work it leads to burnout; at the gym it leads to injuries and in our lifestyle it leads to a list of ‘good habits’ that are never properly formed.

Perhaps this is a result of our conditioning. Typically, we don’t associate hard work with an equal focus on adequate and purposeful rest. We look at the two in isolation, rather than working together as part of a greater whole. Why rest when we could work more? Why take time off the gym when we’re looking to get stronger? Why develop one habit when we could build three?

It’s a strange line of thinking considering that, at the gym, we recognise the importance in taking a break between our sets. We do so, so that we have the energy to lift more. The question is then, how can we take this concept and apply it to our life as whole?

Some things are more important than others. In fact, the Pareto principle suggests that eighty percent of our results come from only twenty percent of our efforts. Thus, a good strategy for sustainable growth is to focus our time and energy on that twenty percent, rather than trying to tackle everything at once.

When we’re feeling motivated, it’s easy to try and do it all. However, through experience, it’s important to recognise that whilst motivation comes, it also goes. The challenge is to recognise when we’re going at a pace that we likely won’t sustain, and consider where we might strip back in favour of more rest.

This requires discipline as much as anything else. It feels good to ‘feel productive’ and the allure of ‘going all out’ is often stronger than the idea of taking things slow. The important distinction is that we don’t take things slow for the sake of going slow, but rather for the sake of consistency. Our goals will often require long-term engagement and so that should be our overarching focus.

To make this easier, it can be helpful to boil our goals down to the most crucial tasks (i.e. the twenty percent) and tick these off each day. With these complete, the challenge is to then recharge as best we can so that there’s a greater likelihood we’ll do the same the following day. Of course, this means ensuring we get good quality sleep each night, but there are other ways we can recharge.

In the lead up to the 2016 F1 World Championship, Nico Rosberg took a more holistic approach to his training. Having placed 2nd consecutively in the two years prior, he decided to dramatically simplify his life – in his own words, getting rid of “all the unnecessary rubbish.”

This meant that, in the final months of preparation, he didn’t look at a single piece of news nor read a single email. Rather, his time went to his training, his family and improving his well being. Anything else was removed. Though a drastic approach, he is adamant that it was a key part in what went on to become his first F1 victory.

Essentially, Rosberg was able to limit his distractions and identify the areas he wanted to prioritize. In doing so, he was able to intently focus on each task. This granted him, in his own words, “the 2 percent more clarity of mind and potential when it mattered.” It allowed his brain to rest when it wasn’t focused so that it could better focus when it was needed.

Though avoiding emails may not be practical for the rest of us, it’s worth considering Rosberg’s strategy and how we might implement it in our own lives. By reducing distractions, we become more purposeful with our time. Rather than contemplating how to focus for longer, we might consider other areas where we can ‘strip back’; ‘borrowing’ time from one task and investing it into another. This is where it becomes important to prioritize.

Many studies suggest  that our use of technology (specifically the internet) is shortening our attention spans and worsening our memories. Dr Joseph Firth, Senior Research Fellow at Western Sydney University, explains “the limitless stream of prompts and notifications from the internet encourages us towards constantly holding a divided attention – which then in turn may decrease our capacity for maintaining concentration on a single task.”

The issue is that ‘productivity’ and the ‘ability to concentrate’ go hand-in-hand. We try different ‘lifehacks’ in an attempt to be more productive and, at the same time, we pattern our minds to seek constant stimulation through our smart devices.

We’re at a point now where ‘dopamine fasting’ has become a rising trend; practitioners voluntarily abstain from their tech devices in an attempt to ‘reset’ their brain’s reward system. Scientists have since debunked many of the inaccurate claims behind the rewards of this practice. Nevertheless, taking the time to unplug and practice self-control is probably good for us all.

It may, however, be worth taking a less extreme approach. Rather than abstaining from technology altogether, we might consider where in the day we could reduce our usage. The advantage to this approach is that it’s sustainable; we can always fine tune. For example, when our focus begins to wither, we might stop to simply pause rather than immediately reach for our phones or other distractions. We can pause and get back at it, like we would in the gym.

Rest and productivity are like yin and yang; you can’t have one without the other. We know this to be true as we go through bouts of motivation followed by periods of inactivity (e.g. in our creative pursuits, at the gym, or really in any other area). It’s important to recognise this as the inherent nature of our efforts.

The issue is that, being the impatient creatures we are, we want to accomplish our goals and we want to do so quickly. The result is we often don’t do either. We ignore the value of rest – and it catches up with us. On top of that, we now consume more media than ever before, slowly eroding our ability to concentrate; never finding a tranquil moment for our brains to recharge.

Rather than always trying to do more, we might consider where we could actually do less. With fewer options (i.e. fewer tasks taking up our time), we have more time to direct to the areas we’d actually like to focus. By slowing our pace, we avoid burning out needlessly and can continue our efforts far longer, gradually building on them with time. 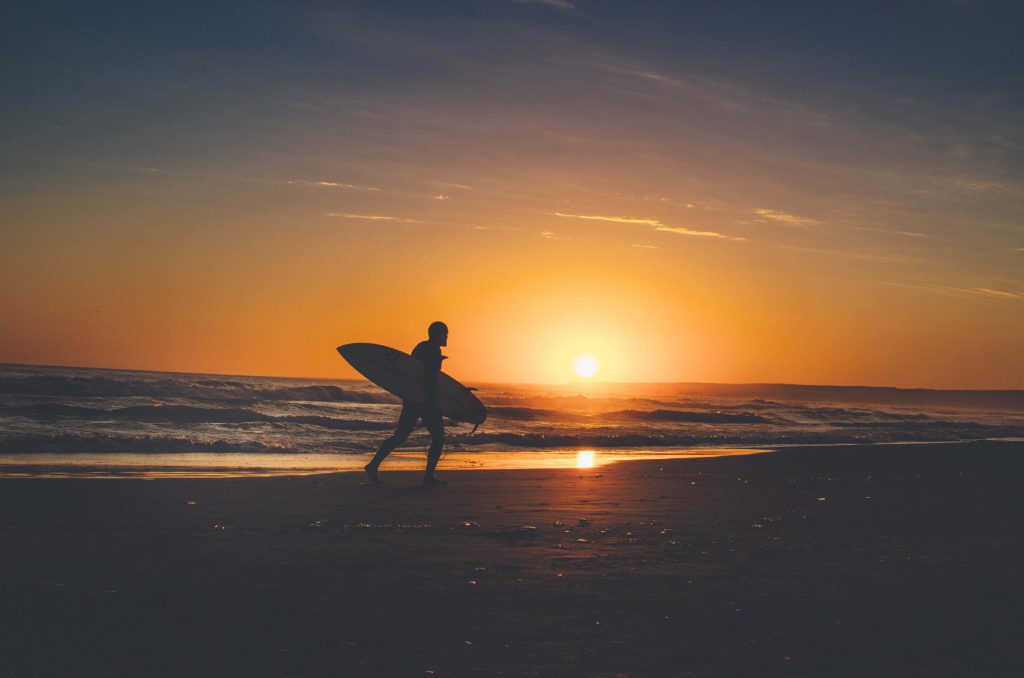 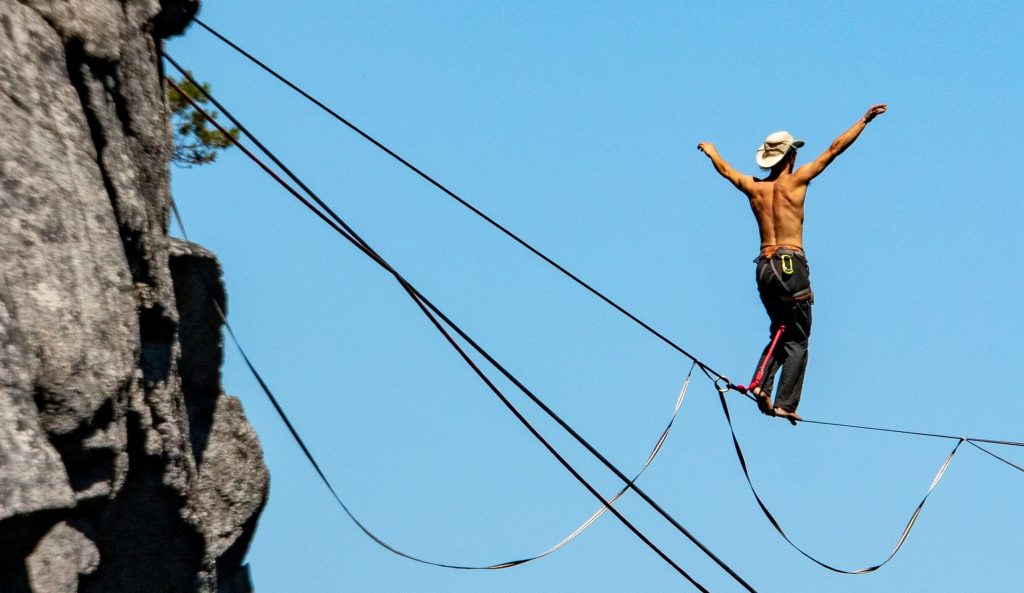 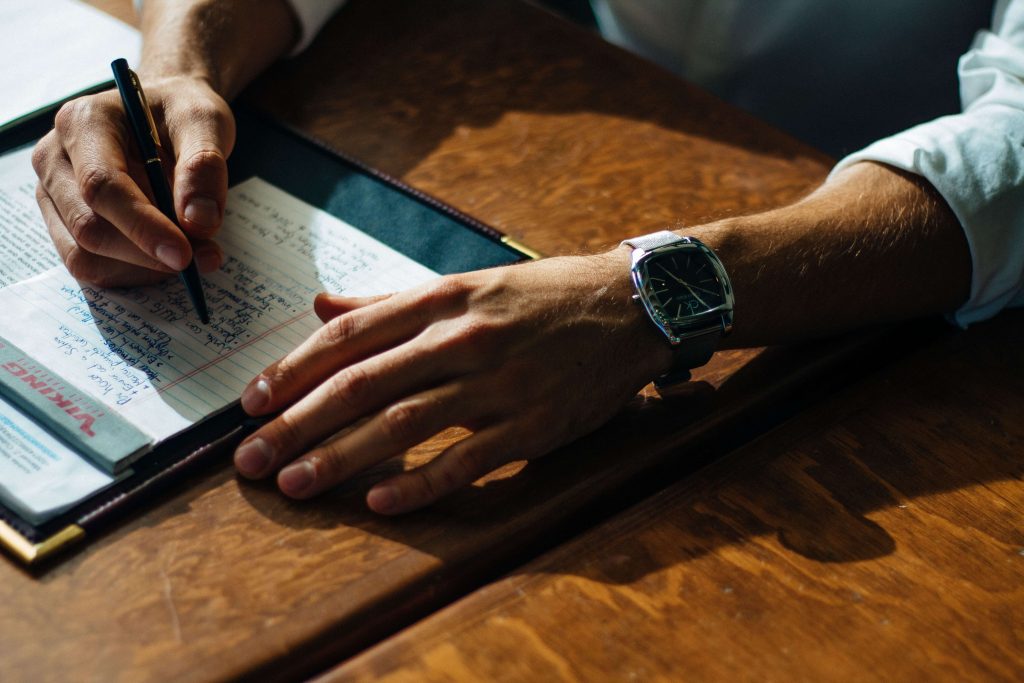